Was Mother’s Day Meant to Change the World?

Normally, we think of Mother’s Day as the day to honor the moms in our lives – usually with a gift, flowers, a brunch, or some similar gesture.

That’s all beautiful, but did you know that the founders of Mother’s Day would turn over in their graves if they heard this? In fact once they found out about the commercialization of Mother’s Day, they desperately tried to lobby and completely remove it from the calendar.

I have to admit my ignorance and say that I had no idea how Mother’s Day came to be either – I simply honored it as a day of motherhood just like everyone else.

Until just a few days ago, right after my key note speech at a gorgeous, Mother’s Day Retreat.

My talk was pretty action based, and focused on empowering women on simple ways they can co-create a better world for all children.

As I’m enjoying connecting with the attendees afterwards, there was an amazing woman that thanked me for honoring the true meaning of Mother’s Day. Since I had a confused look on my face, she explained how the holiday was born out of a single mother’s activism to create peace, health, and simply improve the world for all children.

I googled it, and sure enough – although Mother’s Day has been honored in various ways throughout history, the truth is that the day was born out of women activists.

Here in the U.S., back in 1858, a dynamic woman named Ann Reeves Jarvis, inspired Mother’s Day through her Mother’s Day Work Clubs that helped improve health and sanitation, as an effort to decrease infant mortality.

Add to that how, during the Civil War, her organization nursed soldiers from both sides (which was risky and not allowed), and became a symbol for peace and neutrality. Once the war was over, she rallied troups from both sides, and created “Mother’s Friendship Day” – which inspired peace as the soldiers put aside their differences to enjoy a day of food, dancing and laughter.

Ann’s daughter then made it a mission to honor her mother, and created the modern U.S. Mother’s Day – later on however, she was disappointed with how the meaning of activism was lost, and she lobbied to remove the holiday.

Around the same time in Britain, a civil activist and woman suffragette gave a call to action in the first “Mother’s Day Proclamation”, asking women to “Arise, Arise women of this day! Women who have hearts!” and take action to create peace and love.

Well, that confirms it…Mother’s Day was meant to celebrate the powerful, transformational ability that women have – especially when we tap into our Love for our children. From there, our possibilities are endless.

Yes – mothers have the innate capability to create reform, and improve our world.

It’s this gift that we must harness and tune into during this Mother’s Day…and think about what we can do, to offer a helping hand and create change.

Personally, I know my heart aches, and I get caught up in the emotional roller coaster ride when I witness what’s happening all around us. I immediately think of my family, but it doesn’t really end there.  My kids are growing up in these circumstances – among the suffering and unfortunate.

They won’t feel good to know they’re doing well, while their fellow generation is not. And I prefer that they don’t feel helpless and disempowered by what they see. I’d rather them know that they can actually do something about it, just as they did when they were younger (as a family).

I believe that by gifting our kids with the empowerment of action – they are guided to be a vessel for change.

So making a difference for others in the world has multiple effects for you, your children, those we help, and our future.

This year, I was inspired by a powerful “game changer” I adore – Marie Forleo, who has shared about the Compassion Collective.

In honor of the true meaning of Mother’s Day, I’m taking action, and have joined up with them to donate, make a difference and spread the word on how “There’s no such thing as other people’s children”. 100% of their donations go to helping kids around the world. Click on it above and go straight to their site!

One small action, when linked with others, becomes a force for change.

Your action can be absolutely anything – if a monetary donation works for you, thats great! If you prefer to simply spread the word and offer others the chance to participate, that works too! If there’s another group you’d like to support, or simply prefer honoring the day by planting trees…it’s all good, and so impactful!

I invite you to join hands as Mothers of the World, and stand together as a powerful force for a better world.

Lets harness our innate power this year, and honor the day for what it truly is.

Take a moment, ask yourself what you can do, and make that difference in less than 5 minutes.

Thank you so much for allowing me to be a part of your journey, and for improving our world together.

I wish you a blessed, and fun Mother’s Day!

With all my love,

**while supplies last and purchased directly through me

Why People Fail Even After…

Can’t Meditate? Try this for…

Make Being Extraordinary Your Default…

Create more of what you…

Create the Life You Love…

How Achievement Can Set You… 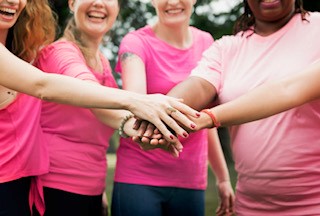 Join us for the Woman’s Life & Business Makeover Retreat!

A Retreat & Mastermind Experience where you will discover how to:

Tell me more about the event!